As soon as the moving van pulled up Brice's life was ruined. He meets Juliana Baker, in this book FLIPPED BY: Wendelin Van Daranan, a story is told from two points of view, Brice and Juliana's.

Brice makes Juliana seem like an annoying little brat; Juliana makes things seem just fine when it's not. In this book it's mostly about Bryce thinking she's crazy and does stuff to annoy him. When the story is flipped Juliana does all this because she likes him.


Juliana tries her best to be a nice person but Bryce doesn't like her. He doesn't want to hurt her feelings, but he wants her to leave him alone. Basically, Bryce is feeling like he can't do anything with out Juliana being near him. 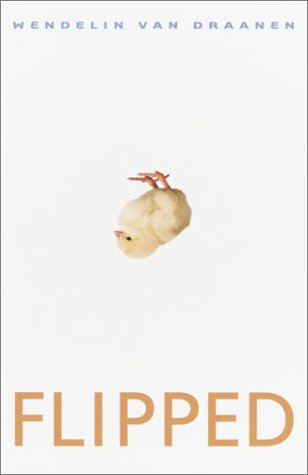