The Enemy by Charlie Higson

Favorite Quote:
There are too many to choose from.

When receiving The Enemy for Christmas this year, I was immediately enthralled, being a fan of zombie-fiction. I had suggested it to my mother, who obligingly bought it for me, and all I knew about it was that the author of the Young Bond series (which I haven't read) had written a zombie book. I also knew that only children survived in it and that it was set in modern day London.
The story basically consists of a group of teens leaving their supermarket hideout, in search of Buckingham Palace, where they believe they will find an easier, safer life due to a tip-off. All but two residents leave for the Palace. The two who don't, are Little Sam, who gets kidnapped by Adults (zombies), and Callum, who decides to stay in the supermarket.
To sum it up, Callum dies a lonely death after a bout of regret, Little Sam makes it to the Tower of London, where there are a group of survivors and the rest of the supermarket dwellers get to Buckingham Palace where things are a little different to what they expected.
But I'm not here to tell you the story. I'm here to tell you the story of Higson's writing.
From a book including zombies, violence and teenage slanging matches, you would expect a slightly more advanced style of writing, but I, a 16 year-old, found myself annoyed by the simplicity with which Higson writes. I could not shake the feeling that he was writing for ten year-olds, which, I am afraid, I am not.
The plot was fairly 'simple, but effective', but didn't show any real talent.
On the other hand, making the whole thing a lot more complicated than it should have been, was the overwhelming amount of characters with which Higson floods the reader with! I found myself, time and time again, struggling to remember who half of the characters were.
Maybe due to the sheer amount of characters, but maybe due to Higson's ineptitude's, the characters all seemed a little underdeveloped and I felt that I didn't know them or relate to them well enough, or at all in fact.
Whether Higson is always this bad, or he just got a tad mixed up with who he was writing for I'll never know, as I definitely won't be buying the Young Bond series or the sequel to The Enemy, The Dead. 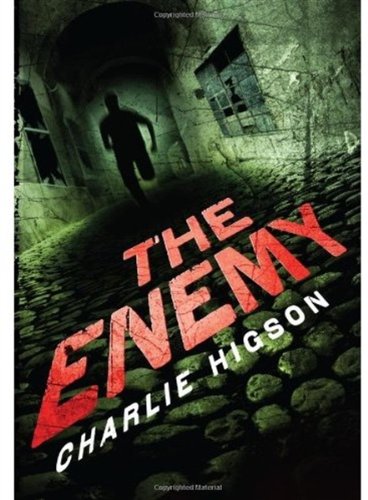 
Buy from Amazon
The author's comments:
My very first piece on TeenInk.
Just a review of a post-apocalyptic zombie book, in which children are the only survivors, called The Enemy, by Charlie Higson, author of the Young Bond series.
Post a comment
Submit your own