Speak, The realistic fiction novel by Laurie Halse Anderson, is a book about a young high school girl named Melinda. At the end of her eighth grade year there was a part, where Melinda called the cops. No one knows why, except for Melinda. At the beginning of high school, Melinda's ex-best-friend is not speaking to her. She starts the year off with no friends at all, until she meets Heather. They became good friends until Heather suddenly says they aren't friends anymore. Melinda goes the rest of the year without any friends, trying to avoid "IT".
I liked how this novel was written with shorter chapters. The point-of-view this book was written in was cool because it was Melinda telling the story except we still weren't sure what happened until the end of the book. The way Anderson wrote the book helped me understand what was going on. I like this book because it makes you want to keep reading! I would recommend the book Speak , to any of my friends, mature middle schoolers and high schoolers, and people who like realistic fiction. 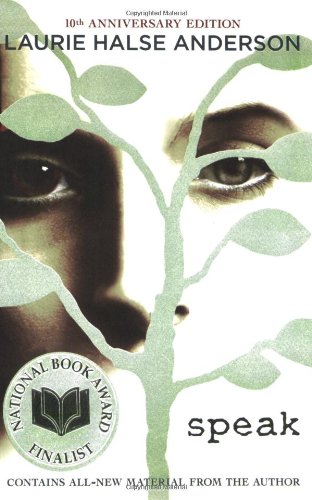