The Adventures Of Huckleberry Finn by Mark Twain | Teen Ink

The Adventures Of Huckleberry Finn by Mark Twain

“I have a dream, that one day this nation will rise up and live out the true meaning of it’s creed: ‘We hold these truths to be self-evident, that all men are created equal.’” was spoken courageously by Martin Luther King Junior on August 28, 1963. This was the most frequent struggle from the 1830’s well throughout the 1960’s. Before African Americans were given the opportunity to fight for their civil rights they were challenged to obtain their freedom. In the years before 1861, before the Civil War, it was ordinary that almost any Caucasian American possessed African Americans as slaves. Even after the slaves were granted their freedom African Americans were still mistreated, as segregation was in place. Segregation laws were restrictions placed on American Citizens of African descent through governmental power. For many, many years it was a time where people were judged “by the color of their skin, rather than the content of their character,” as proclaimed by Martin Luther King Junior. A revolution was about to arise, slowly, but surely. As brutal, bloodcurdling, and contemporary as this modification would be person by person, town by town the transformation began, eventually ratifying society as we knew it. The struggles of racism and the changes that took place in America prior to the Civil War are illustrated in the novel, The Adventures of Huckle Berry Fin.


In The Adventures of Huckle Berry Fin, the narrative tells the tale of how strong racism was and how mistreated African Americans were, but also how society began to conform, all through the eyes of a adolescent boy, Huckle Berry Fin. In the introduction of the book Huck embarks on a journey to escape his abusive and rough family life. With nowhere to call home he hides on Jackson’s Island, where he encounters Jim, a runaway slave. At first Huck is uncertain about Jim because of his ethnic background and what it stood for at the time. Despite their differences the two decide to team up and float their way to the Union States. Huck continues to battle with the idea that he is breaking the law, by aiding in the concealing of a slave and Miss. Watson’s property. The book demonstrates several instances and situations in which race is an issue and results in multiple altercations.


Regardless of Huck’s feelings, towards the end of the book there is an unspoken change in how Huck and Jim scrutinize each other. They look past their exoskeleton and perceive the full package, letting their friendship continue to prosper. One can tell their feelings and views change because they take actions only true friends would take in honor of one another. One example is when the two stumble upon men searching for runaway slaves. When they wish to board and search the raft Huck lies for his friend saying his father has smallpox, which sends the men on their way. He could of effortlessly gotten Jim out of his hair with one quick slip of the mouth. Another point of case, of their selfless acts, of friendship is after Jim has been sold to a farmer. Huck puts himself on the line, fibbing once more to salvage his beloved friend. When his plan of rescuing Jim is almost sure to get him and his accomplice, Tom Sawyer, killed they do not look back, but think only of Jim. When freeing Jim, Tom is wounded by a gunshot and Jim risks his one chance at freedom to tend him back to health. These actions exhibit how the characters alter and how one can look past the exterior of a man.


This story highlights human nature and our habits, but also the ability to conform. It expresses how human nature tends to jump to conclusions and make accusations, by judging one another before taking the time to get to know who they truly are. It also represents how we downgrade individuals because they are diverse. The story also shows how being unique is sometimes frowned upon even when it cannot be helped or is for the betterment of society. Real life examples of this are Segregation Laws, Slavery, varying rights from men to women, American Germans during World War II, the conflict between the Germans and the Jews, and also Christians and other conflicting religions. This has been a dilemma throughout the ages, judging is a inevitable human mannerism.


In conclusion, as Huck and Jim travel a treacherous, sad, exciting, eventful journey together they are bonded as one because they overcome obstacles and burdens society had placed on them. By overlooking the differences they can get to know the true person within and form a strong eternal friendship. It would have been a lot easier for the two to go their separate ways and only grow in hatred because of their diversity. However, throughout the book the two demonstrate that different ethnic backgrounds should be treated equally. There is no doubt, by overcoming ethnic diversity and pressure from humanity both Huck and Jim change dramatically throughout the course of the book, from loathing to a developing friendship. The next time you start to judge someone whether it be based on their appearance, their attitude, or whatever it may be, remember Huck and Jim and just maybe you’ll let their story influence yours. 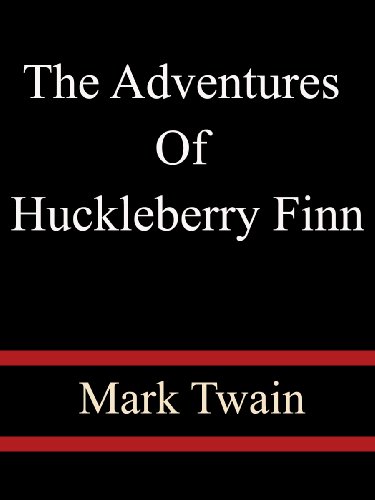