A Painted House by John Grisham

Favorite Quote:
Hold fast to dreams
For when dreams go
Life is a barren field
Frozen with snow
(Langston Hughes)

A farm life story wouldn’t interest me, I had thought. However, I was absorbed in it after reading only the first chapter. Released in 2001, the novel “A Painted House” is quite different from John Grisham’s usual legal thrillers. The story is fictionalized in rural Arkansas in the year 1952. It revolves around the Chandler family who are cotton farmers. Luke Chandler, the seven-year-old narrator of the story, lives in an unpainted house with his parents and grandparents. His nineteen-year-old uncle, Ricky has gone to Korea to fight in a war. Unlike his family tradition, Luke does not want to be a farmer. He wants to be a baseball player and play for the Cardinals.
At the time of harvest, the Chandlers hire the Spruill family and ten Mexicans to pick cotton in their farm. Shortly after their arrival, boastful and highly aggressive Hank Spruill, and a Mexican called Cowboy, begin making things worse for the Chandlers. During the six week period of cotton picking, Luke witnesses things he is not supposed to hear or see. He desperately wishes for the Mexicans and the Spruills to leave their farm, Ricky to come back home and things to get back to normal again.
The story moves slowly to a sad, but quite predictable, ending. The book is filled with secrets, lies, hope, despair, tension, fear, and innocence. Along with some some cheerful moments, it contains bits of humor that keep your interest in the book. You must not expect too much from the book though.
The idea of painting the house was disliked by Luke’s grandparents; cost being the sole reason. The Chandlers discover that someone secretly is painting their house; a task left unfinished by that mysterious person but later continued by Luke himself. Luke even contributes from his own savings to purchase paint for his home. Thus, the newly painted house marks a momentous change in the life of the Chandler family. 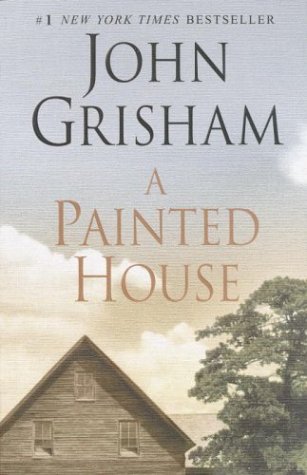