The Hound of the Baskervilles by Arthur Conan Doyle | Teen Ink

The Hound of the Baskervilles by Arthur Conan Doyle

Dead. Killed by a supernatural beast. But how can you be killed by something that doesn’t, or couldn’t, exist? And why now? The curse was set upon the Baskervilles 100 years ago, but now… It’s back, and this time it will stop at nothing. Sherlock Holmes is the only person who can keep the killer at bay. Even with help, will he succeed? You will have to read the heart pounding, edge of your seat mystery, The Hound of the Baskervilles, to find out for yourself.
As the story begins a world famous detective named Sherlock Holmes is given a case concerning the death of a millionaire and owner of a luxurious mansion, Sir Charles Baskerville. As Holmes and his assistant, Watson, dive into the case they learn of an old story that tells of a hound, a frightening, hellish, killing hound who viciously murders Sir Charles’ great, great, great grandfather. Soon they realize the cause of Sir Charles’ death – he was frightened to his grave by a gigantic hound. Now, many years after the old tale of Sir Charles’ ancestor, the hound is back. It will stalk, attack, and kill almost any man who dares to venture out onto its territory, the moor that surrounds the mansion. Its merciless owner will stop at nothing to wipe out the rest of the Baskerville family. Can the world’s greatest detective stop these killings, or will the Baskervilles perish at the paws of a mighty killing machine? You’ll have to find out for yourself!
One of the most brilliant aspects of this book is how many genres the author was able to pack into its pages. Although the strongest genre is mystery, romance, drama, and historical fiction are intertwined through the book. The way the book flows from the mysterious case of the hound, then to romance and love, then into facts about the looks of 19th century England, then back to mystery is compelling. I also enjoyed how much the storyline changed. With every chapter the book seems to turn on you and put everything you know in doubt. The only thing that was difficult at first was the way Doyle worded his story. He writes in a very old fashioned, almost medieval style. I can almost guarantee you that you will learn a new word or saying at some point during the book. All of this made the story a little tough to follow at the beginning, but as you get more acquainted to Doyle’s writing style, its easy to see how intelligent and sophisticated he is.
Without Arthur Conan Doyle’s sophisticated writing style and radiant vocabulary, the book wouldn’t be the same. Some of the most well thought out, interesting, and downright exceptional paragraphs and chapters I have ever read are in this book. The story is told from Watson’s point of view, which gives you an even better perspective than if there was a narrator. It keeps even the smallest happenings a mystery that makes the book so interesting. Moreover, the author uses things like letters and diary entries to convey the story to readers. For example, almost the entire second half of the book is told through letters sent from Watson to Homes and in excerpts from Watson’s diary. This gives you even more information, thoughts, and perspective on the book. The letters show topics and knowledge that the characters may feel unwilling to share in normal conversation. Over all, the way Doyle conveyed his message was so unique that it’s easy to see just how much of a genius he was.
I would recommend this book to older teens and adults who want to dive into a classic piece of literature. It is a quicker read than most novels of its time, but it’s longer than a short story. I wouldn’t suggest it to younger teens and tweens who are hoping for the Sherlock Holmes that they think of in TV shows and the recent movies. Even though it isn’t an action thriller, it isn’t just a boring non-fiction fact book. Also, the vocabulary and writing style might make the story hard for some younger kids to follow. Out of 5, I would give this book a 4.5. It was one of my favorite reads, and as a smaller book it is an easy thing to carry around in your pocket or purse. All in all, it is one of the best mystery books out there.
In conclusion, Arthur Conan Doyle’s book, The Hound of the Baskervilles, will impress you with its well-written chapters, and give you a healthy dose of action. The only question is, will other innocent people be killed by the hound, or will the worlds best detective solve the case? You’ll have to read The Hound of the Baskervilles to find out. 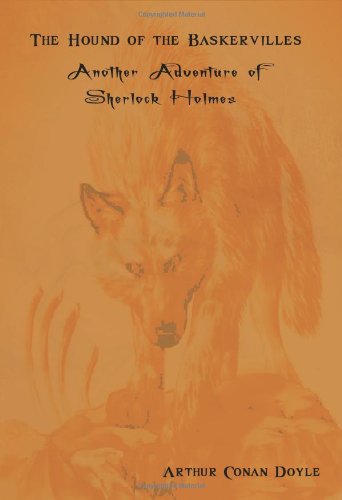 WOW!  That is an excellent review! Your writing had me hooked from the first sentence.  I love your one word sentence at the top of the lead and your use of questions throughout.    May I share your work with others?

Your review was so convincing that I'm picking up the book today.