Favorite Quote:
If it does, run away. It's just gasoline.

Six hundred and fifty feet above the ocean, the silvery airship Aurora glides through the wispy night air. At the lookout is Mr. Cruse, a young boy who serves as cabin boy on the ship that is his home in the vividly painted adventure Airborn. This 501-page fantasy novel by Kenneth Oppel uses masterful imagery and great dialogue to paint a beautiful journey with the occasional plot twist and a major story turn you will not see coming. It chronicles young Cruse on what seems to be an ordinary journey to Australia when he picks up a very wealthy late arrival that knows about the creatures. One year ago he had spotted a balloon that carried a dying balloonist. With his final breath he muttered something about beautiful creatures. Mr. Cruse was able not to think about it until now. His late coming passenger happens to be a thrill-seeking rich girl about his age; the two have several adventures together in the first few blissful chapters. But then the unexpected happens and they must think and think hard to save the ship and its passengers. Truly an entertaining read for a fan of any genre. The sequel looks almost just as promising. I highly recommend this book even if you don’t like fantasy books. It is an escape from reality but without the nerd overload of most fantasy books. This book is fantasy because it is set in the past but many things have been either modified or created. New cities, elements, different means of travel and an overall classic environment. It was fun and definitely a ‘page-turner’. Light and entertaining while having a fair share of action, humor, and suspense. The author does a good job of showing the relationship between the boy and the ship and its crew. Overall this was an excellent book and I look forward to the sequel. 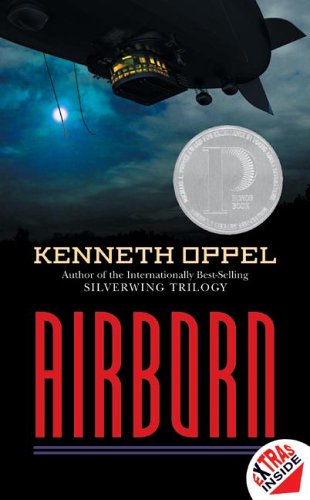 
Buy from Amazon
The author's comments:
I wrote this for an english class project and i hope it is insightful.
Post a comment
Submit your own