Mark Haddon, the author of The Curious Incident of the Dog in the Night-time was born in England, where he received his Masters of Science in English Literature from Edinburgh University. Since graduating Mark has worked with children and adults who have mental and physical disabilities. Mark has also authored numerous children’s books including Gilbert Gobstopper and Toni and the Tomato Soup, he has also illustrated magazines, such as the Private Eye. Mark’s The Curious Incident of the Dog in the Night-time has received several awards from British Book Awards and WH Smith.
Mark is very good at writing complicated things, simply. In “The Curious Incident of the Dog in the Night-time Christopher, the main character has autism, but he is smart. Christopher describes math problems through out the book, and how to solve them; even complicated problems are broken down to where the average person is able to understand them. At one point in the book Christopher describes a formula and how to use it to figure out the population of animals. Nnew = ? (Nold)(1-Nold) and in this formula N stands for the population density. When N=1 the population is the biggest it can get. And when N=0 the population is extinct. Nnew is the population in one year, and Nold is the population in the year before and ? is what is called a constant” (Haddon 101). Although Mark is able to describe things so the majority of readers would be able to understand them, he sometimes over describes. Christopher doesn’t like hugs, because he doesn’t like to be touched, so instead of saying him and his parents touch finger tips he over describes it by saying “and then he held up his right hand and spread his fingers out in a fan, and I held my left hand and spread my fingers out in a fan and we made our fingers and thumbs touch each other” (Haddon 87).
Although Mark was able to break down the book so anyone could understand it, the way he made the chapters, although affective, left much to be desired. The book was broken down and labeled by prime numbers because Christopher “decided to give (his) chapters prime numbers 2,3,5,7,11,13 and so on because (he) like(s) prime numbers” (Haddon 11). I did not like this system though, because Christopher’s train of thought would jump around a lot, and every time he went to a new thought, he labeled it with a new number, there for the book ends with two hundred and thirty three “chapters”. I found that having the book broken down into so many parts, and switching directions so many times was exhausting and unnecessary.
Even though the book is called The Curious Incident of the Dog in the Night-time it did not end up being really about a dog, instead it was about Christopher’s journey. The reader found out what happened to Wellington the dog not even half way through the book. Although the reader finds out who killed Wellington half way through the book, another plot is introduced, keeping the reader’s attention.
Over all I believe The Curious Incident of the Dog in the Night-time is a mediocre book. I don’t believe I would recommend it to any of my friends or family, but if someone were to ask me they should read it, I would say; it is an interesting book, not because you actually care what happens in the book but because there is so much going on at once, you can’t seem to put it down, until it is all over. 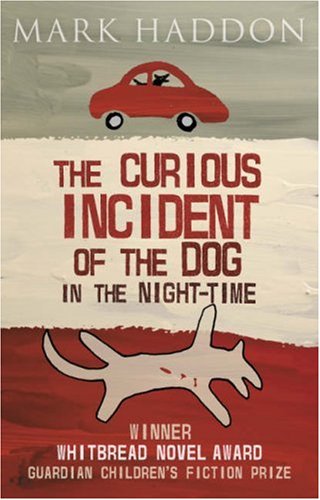