Can you imagine a world without music? Studies conducted by the National Conference of State Legislatures show that public schools across the country are cutting back on music classes in an ­attempt to save money. Worse, some schools have never had music programs to begin with. But without these fundamental programs, students' academic growth and emotional well-being could suffer, and our understanding of the universal language of music could become a thing of the past. To prevent this, music classes should be mandatory for all students in public schools.

Music is a complex language that incorporates mathematics, science, history, physical education, ­coordination, and mental dexterity. ­Recent studies by Brown University have shown that students who received music education classes were significantly more advanced in math and reading skills than those without. Another study by The College Board found that students taking music and art classes scored 58 points higher on the verbal portion and 38 points higher on the math portion of the SAT than those without access to these classes. Students' overall academic success seems to depend on their participation in music ­education.

Music programs in public schools also help to ­foster a student's sense of pride and self-confidence. Teens today carry heavy baggage – not merely their backpacks, but the additional emotional weight of family problems, self-confidence issues, relationship troubles, and choices about drugs and alcohol. All of these can hinder academic success, but music education can help. The teamwork required for chorus, band, symphony, and orchestra lets students benefit from a setting that fosters acceptance and group strength. A study by The Texas Commission on Drug and Alcohol Abuse found that students who took part in school instrumental programs were less likely to become involved with drugs. Music programs encourage students to work together to produce an excellent performance that is both mentally challenging and confidence-building with the support of their peers.

Music crosses language, class, cultural, and political boundaries to share humanity through its beauty. The universal appeal of music allows students from different countries to connect on an equal intellectual and emotional level. For example, at a school talent show, a new Japanese student played a piano duet with an American classmate. Although they could not communicate verbally, they were able to read the music in order to play the duet. Two students from different cultures worked as a team with self-confidence and common purpose through the medium of music.

Some people do not believe in the idea of mandatory music education classes. A major argument seems to be the cost and additional expense of hiring new teachers. But since it helps develop academic abilities, this wise ­investment in a student's future should not be ­determined by a price tag. Others argue that ­students can lose their individuality in group music settings. However, businesses prefer to hire those with experience working in a team. Music education is a wise investment that benefits students during their school years and in their future employment.

Music education remains a key component in a student's academic success and in positive social and emotional growth. The gift of music is priceless. It enhances students' abilities while creating ambassadors who can share the universal language of music and feel the common ties that the emotion and beauty of music evoke. We need to ­ensure that we have mandatory music classes for all students. The first step toward achieving this is ­community support. Writing letters to school boards and local government officials urging them to create and fund more mandatory music education programs is a great way to start. A student's future success ­depends on each letter that a caring community ­member writes. The world is losing its music, and putting music into schools is the first step in getting it back. 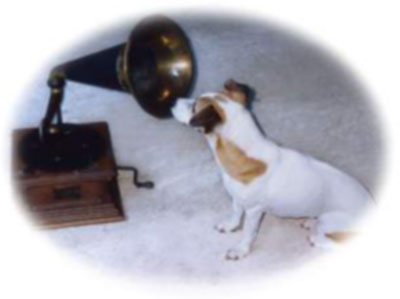 The author's comments:
I play the double bass in my school's symphony and orchestra program. I have been playing the piano for over a decade and have a passion for music.
Post a comment
Submit your own

Favorite Quote:
"Colour my life with the chaos of trouble"

View profile
This is such a beautiful piece! Thank you for writing it. Music education is becoming more and more vital and in my school itself, it's very noticeable that students who have studied or played music before, perform better academically than others. Schools should implement diverse music programmes that involve exposure to a variety of different instruments. But also, students should be able to purse other music-related options too like digital composition, sound technology, soundtrack analysis, music critique etc. This ensures all students being involved with music despite them not wanting to sing/play an instrument.
Music Lover said...
on Apr. 17 2014 at 11:01 pm
In 7th grade they made us take music for the term. It was fun, but I wish it could of been all year. Without music class, where would Kelly Clarkson and Katy Perry be?
iWriteForFood SILVER said...
on Mar. 26 2013 at 5:25 pm
iWriteForFood SILVER, Murfreesboro, Tennessee
9 articles 0 photos 21 comments

Favorite Quote:
"Logic will get you from point A to point B. Imagination will take you everywhere." ~Albert Einstein

"Do not go where the path may lead, go instead where there is no path and leave a trail." Ralph Waldo Emerson

View profile
I see the point you're making, but I also have a couple of points for the other hand. 1. Agreeing with CarrieAnn13, not everyone that likes listening to music likes to play it. 2. I honestly don't have time to be in something like band or chorus. At my school (a K-12 private school) music class is required through the 6th grade, and a quarter (9 weeks) of it in the 7th and 8th grade if you don't take band or chorus. Those two choices are offered to the high school, but they are not required to graduate unless you don't take an art class. I cheer for the varsity cheerleading squad and play soccer, so I honestly would not have time to practice and play an instrument in addition.
Rocinante SILVER said...
on Jan. 11 2012 at 3:24 pm
Rocinante SILVER, Wexford, Pennsylvania
7 articles 1 photo 386 comments
View profile
Great essay! Keep writing!
CarrieAnn13 GOLD said...
on Jul. 12 2011 at 11:05 pm
CarrieAnn13 GOLD, Goodsoil, Other
12 articles 10 photos 1648 comments

I honestly see your points about how music is beneficial.  But I have some points on the other side of the argument:

2.  Band wouldn't be bad as long as it is optional.  Not everyone is gifted in the arts.

PianoGirl43 BRONZE said...
on May. 3 2011 at 3:53 am
PianoGirl43 BRONZE, Arvada, Colorado
4 articles 2 photos 9 comments
View profile
i agree with you i mean if you took a survey i bet at least 98% of people would say they listen to music everyday it's a big part of our everyday culture and less people are learning how to make it more than music but a language as well. I've been playing the piano for i don't know 3 years now and it's the last thing in my life that i have left that actually makes me happy. and it's even better when i have one of those simple pieces that makes my heart beat as fast as a hummingbird. please keep writting this opion articles you're very good at it.
Blahblah said...
on Oct. 15 2010 at 2:17 pm
Yeah I agree with you. Music is my entire life. No matter where I go I either have to have a beat or need to listening to music.
foreverever008 BRONZE said...
on Aug. 13 2010 at 4:50 pm
foreverever008 BRONZE, Portland, Oregon
1 article 0 photos 35 comments
View profile

idcant imagine how my life would be without my band class!

BTW your writing is awesome!!  i <3 opinion peices well written like this!!

Favorite Quote:
“Imperfection is beauty, madness is genius and it's better to be absolutely ridiculous than absolutely boring.”
~Marilyn Monroe

View profile
yeah I totally agree with you. Music is like my entire life. No matter where i go I either have to have a beat or listening to music. even during school.Blah school