Big or Slow Vehicles Shouldn’t Be on Country Lanes

To most people, tractors are your everyday vehicle used for farming and delivering spuds to supermarkets. What a lot of people don’t know are tractors can be very dangerous and affect many people in the countryside. In this essay, I will explain why big and slow vehicles shouldn’t be allowed on country lanes.

First of all tractors are very slow and at a maximum speed go at 25 miles per hour and a lot of tractors go under 20 miles per hour (Wehrspann). So most people who live in a city would be wondering what the problem is and why you just don’t overtake. The problem is that tractors are very big therefore, you can’t see around them and if you try to overtake not knowing what’s in front you could collide with another car or crash into a bush or ditch if it was a corner hidden by the tractor. People are very impatient and don’t wait and risk overtaking. On a road a car tried to overtake a tractor with catastrophic results, the car overtook the tractor but the car and pulled in front straight away, and the tractor’s loader collided with the car and forced the tractor to turn. Consequently, another car came speeding as the tractor turned and crashed into it  ("Car Tries To Overtake Tractor But With Catastrophic Results").

Secondly as I said earlier tractors take up a lot of space. Country lanes are very small, they’re two way roads the size of one way roads therefore, tractors take up the whole space and since they’re two ways a car could come down one way and another car the other and they reached an impasse. This is often seen in places like Hereford and Bristol. One car will have to reverse until they can find a turning and the tractor also has to reverse which can take a while and that’s if another car doesn’t come up which would delay the process even more. Like the car that crashed into the tractor a similar thing happened on a narrow road. A truck doesn’t want to be stuck behind the tractor and overtakes but pushes the tractor off the road and on its side and the truck drives on not even helping him. ("Truck Overtaking Tractor Crash - Narrow Road").

It’s not only tractors that go on these country lanes, some stupid people even use their lawn mower as a vehicle. One day when I was going back home I saw a guy driving on a lawnmower and it was so slow he would be better walking. It’s illegal to drive a lawn mower on a road but on country lanes the sight of police is rare therefore, people get away with it ("Can You Drive A Ride-On Lawnmower On A Public Street? Why Or Why Not?"). The average lawn mower has a top speed of 7 miles per hour ("Calculating Mowing Times And Productivity"), which means on a small two-mile road if you get stuck behind a lawn mower it would take at least 17 minutes until the end and that’s if the lawn mower is going full speed. Unlike tractors however, they’re small and easier to overtake but it depends how frequent turn-offs are. It may not be a common sight to see a lawn mower on the road but it does happen and can be one of the most frustrating things ever.

Potentially the most dangerous vehicle to go on country lanes is a truck. You would think it’s common sense not to drive a truck down country lanes but some people still do it. Sometimes it is inevitable but, they should try and minimise the time on these roads but a lot don’t and use country lanes as a shortcut. Again in places like Hereford and Bristol, I have seen delivery trucks trying to reach their destination quicker using country lanes.

Another issue with trucks down a country lane is depending on how big the space to pull over is they might not fit and then a car will have to reverse back to the pull off point which is an inconvenience. A truck once drove down a country lane quite fast and luckily didn’t collide but there was a lot of scratches and dents at the end because the road is too small (Mooab).

In conclusion, big and slow vehicles such as trucks, tractors and lawn mowers should minimise time on small country lanes because they are either too slow or too big and could potentially get someone hurt. Of course, it doesn’t help when people try to overtake tractors but that’s avoidable if the farming equipment was taken off the road. I have seen many of these incidents myself and it’s not a good experience. Instead for most of the journey, they should go on the main road which has fewer turns, more space and it’s easier to overtake. 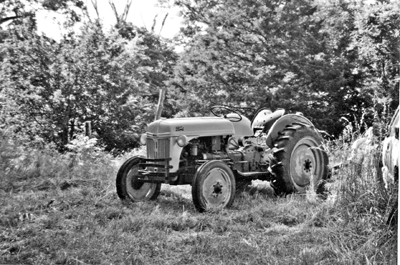