I see the world in terms of stories. I always have. As things are and occur around me, I think of them simply and entirely as characters and storylines. Except it’s not simple at all. It’s the incessant and addictive in-depth analysis of everything. A ballerina can’t just be a ballerina. She can’t just dance because she wants to because I won’t accept that. She has to need to dance because the blisters and bruises and scabs on her bloody feet release the vulnerability and anguish, and because, when she’s swathed in pink tulle and covered in makeup, she’s not herself anymore, so she can finally be herself. She has to dance because she absolutely cannot live without it. I make that the reason she dances.

I script everything in my head all the time. I’m crazy like that. I can’t watch the sun set on the water in July. I can’t be held rapt by the music of New York City while I’m walking down Fifth Avenue. I don’t know how to exist unquestioningly in a moment. I have to think, instead, about how the amalgamation of brilliant colors and the golden footprints the sun leaves on the water as it lowers and the mellifluous noise of garbage trucks and sirens and cement drills and street vendors will look and sound in words.

I don’t get to live in the real world, I have to live on paper. But that’s the onus of being a writer. And I love to write.

I hate to write. It’s tedious. It’s stressful. It’s painful. And it’s too hard. It takes me six hours to write a sentence. I re-write it a million times because it’s not good enough, and when I’m done, it still isn’t good enough. And then I move onto the next sentence. It’s self-destructive. I think everything I write is terrible because I wrote it. And I think everything I write is formidable because I wrote it.

It’s an illness, an all-consuming disease that plagues my thought process and paralyzes my emotions. It leaves me completely powerless and I can do nothing but succumb to this overwhelming imperium that is my destiny. To write. 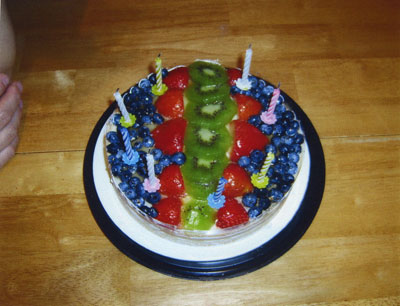 Favorite Quote:
I will arise and go now, for always night and day

I hear lake water lapping with low sounds by the shore;

While I stand on the roadway, or on the pavements gray,


I hear it in the deep heart's core.

View profile
And although I like nearly everything about it, the very little thing I would change is the concluding statement, the oxygen analogy feels a bit overused in general and cliche :) but again, good job on this.
mrittmritt77 GOLD said...
on Jun. 12 2012 at 4:32 pm
mrittmritt77 GOLD, Ann Arbor, Michigan
15 articles 0 photos 12 comments

Favorite Quote:
I will arise and go now, for always night and day

I hear lake water lapping with low sounds by the shore;

While I stand on the roadway, or on the pavements gray,


I hear it in the deep heart's core.

i really, really, really, REALLY love this! and i really can relate to every word you wrote. it was so inventive and fresh but still flowed well. It made sense but also didnt at the same time, which is perfect because it keeps you thinking as you go back to it and think about it and cant get the words out of your head. As a dancer and an insanely addicted writer, this is exactly what I feel about both those things. I love words just like you. (To some extent its nice to know im not crazy for that.)

My only suggestion is to somehow alter the ending? It just seems a little too expected, the part about it being like breathing and oxygen. After such an original essay it just needs an equally original punch line or closer! Either way, LOVED THIS :D fives stars