Favorite Quote:
"Our greatest weakness lies in giving up. The most certain way to succeed is always to try just one more time."
~Thomas A. Edison

As the world’s number-one fairy godmother, I’ve helped many distressed princesses. You've probably heard the stories because, well, not including the Tooth Fairy, I'm the best fairy there is!
“Fairy godmother, my stepsisters are evil!”
“Fairy godmother, the Queen is trying to kill me!”
“Fairy godmother, I’ve been locked in this tower for ages!”
Still, none were as challenging as Beatrice's. This story is different from most of my famous princess stories, but Beatrice is unlike most gorgeous and petite princesses. Beatrice is in need of a salad and has a face like no other. Don’t get me wrong, she is very beautiful, on the inside. With a face scarier than the boogie man, no one can get past her appearance.
Beatrice’s story started off a little bumpy. Her appearance played a big role in what people thought of her. They thought that because she had a wart on her giant nose she was hideous. Her teeth were the opposite of white piano keys and her hair wasn't the prettiest, but it's what's on the inside that counts.
There are mean girls at every school, whether its elementary school or princess school, they’re always there. Beatrice was a freshman at Oogelhoffen High School. The popular ghouls at school always made fun of Beatrice. Yes, ghouls. Cynthia, the leader of the popular crew was in a terrible car accident. She became a ghost and thought she ruled the school. Cynthia and her crew rode to school on a giant flying unicorn. They always made fun of Beatrice because she rode a flying horse to school. They thought their unicorn was superior to Beatrice's unevolved form of transportation. They made fun of her hair, her face, and the fact that she didn't have a dragon butler like they did. Cynthia was cruel, heartless, and snottier than a troll with allergies.
I wasn’t with Beatrice on her first few weeks of school, but she described it with tears flowing from her eyes like rain on an April day. She said she walked into school wearing a dress that she designed herself. Beatrice loves fashion, and she loved making her own dresses. She is always drawing in her fashion sketchbook. Cynthia took one look at her designs, smirked at her friends, and ripped them up like they were confetti. Beatrice was shy and just let Cynthia do that, but she vowed to stand up for herself next time.
The next time Beatrice encountered her Royal Snotiness, Cynthia tripped her.
She said, “Watch your step your Royal Ugliness,” and laughed until Beatrice got up.
Beatrice stood up for herself and yelled, “Try looking in a mirror!” She said that in her head though, because she was too scared.
Things like that went on for several weeks until Beatrice stepped into my office. Even though I am a fairy godmother, I double as the head mistress at the Oogelhoffen High School. Beatrice told me what was going on and we came up with a plan to help her. We were going to set up a fashion show to showcase Beatrice’s true beauty and talent. Beatrice was going to make dresses for all of the girls participating in the fashion show and prove to Cynthia that she was beautiful and talented.
Beatrice got to work and designed adorable outfits for the girls in the show. For the centaur she made a really cute skirt and a bedazzled shirt, a fashionable swimsuit for a mermaid, and a silver bullet proof dress for a werewolf. On the day of the fashion show Beatrice was really nervous. She was sweating like a glass of ice cold milk sitting in the sun.
Beatrice was nervous for nothing. During the fashion show everyone came up to her and complimented her. Beatrice felt really good about herself and thanked me for my help. I assured her that she did everything for herself, but that's when she started to panic.
She said to me, "Fairy godmother! I forgot to make a dress for myself!"
"Perfect!" I said to her with a smile. I told her to just go on stage and trust me.
As she was walking up onto the stage, I looked through her sketchbook of designs, found the most breathtaking dress, and poofed it onto her. She looked so gorgeous.
At the end of the day, with gritted teeth, Cynthia admitted to Beatrice that she was talented. She told her how amazing her designs were and how beautiful she looked. They had finally realized that Beatrice was talented and more than her unfortunate appearance. From that day on the popular ghouls were never mean to Beatrice again, because they understood that they weren’t right to judge a book by its cover. People can surprise you. 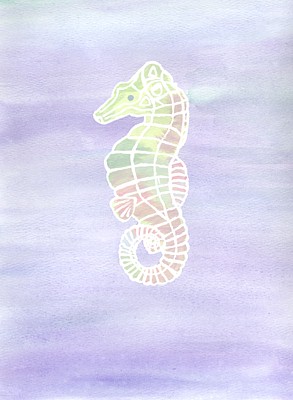