He looked so dumb standing there next to the prettiest girl at the eight grade prom. It was the end of the night, and his heart was racing, sweat beading on his forehead as he replayed the night in his head. With a goofy smile on his face, he remembered just how gorgeous she looked walking down the stairs at 7:30 PM, and he glanced at her moments before the picture snapped to remind himself how gorgeous she was, and how lucky he was, even at the end, two hours later.

She looked so beautiful, standing there next to the goofiest guy at the eighth grade prom. It was the end of the night, and she was cooling off after a long night of dancing. She replayed the whole night in her head. Flashing a perfect smile at the camera, she remembered the flabbergasted look of his face as she walked down the stairs at 7:30 PM; she caught him glancing at her moments before the picture snapped, as if he was still enthralled with her, even at the end, two hours later.

He was so nervous for that night. She had spent hours getting ready. He picked her up, fashionably late. She was so worried that she almost threw up. He walked in like any other guy. She walked in like a queen. He was goofy. She was stunning. He was really into her. She had a clue. They were best friends, but they had more of a connection than anyone really knew.

As he walked into the room, he stopped and looked around at all the smiling faces. He knew that all the guys would be looking at her, as she was more wonderful than anyone else. He knew this, and smiled at the thought of people being jealous. No one had ever been jealous of him before. It was a good feeling.

As she stepped into the room, she put a little bounce in her step, knowing that people were looking. She smiled, knowing they wanted her. No one had ever wanted her before, save for him. It was a great feeling.

He sat down at the table with all of his friends, her sitting next to him. He moved a little closer and she looked up at him with her laughing green eyes that he loved so much. They made his heart swell. He liked that she had to look up to see him. He had always liked shorter girls, but she was the most beautiful.

She sat down at the table with all of her friends, him sitting next to her. She saw as he moved a little closer, so she looked up at his big brown eyes that made her laugh. She stifled a small giggle. She liked that she had to look up to see him. She had always liked taller guys, but she never thought of him like that.

He watched her walk outside into the beautiful evening air. He followed her, and they looked out onto the beach together. It would have been really romantic if all the other people hadn’t been whispering about them. He would have kissed her, but she didn’t yet know that he liked her. She was so naïve. Their best friend had practically told her and she still didn’t get it... or maybe she didn’t care.

She stepped outside into the beautiful evening air. She watched as he followed her, and they looked out of the beach together. It was cute the way he blushed when he overheard all the others whispering about them. She saw him looking at her as if he wanted to kiss her, but he turned away as if he thought she didn’t know. He was so naïve. She saw it in everything he did, from the way he poked her, to the hours they could spent on the phone together. He made her laugh with everything he said. Their best friend had practically told her, and although she already knew, she never let on. Maybe she didn’t care... or maybe she liked him back.

He watched as she took off her shoes and went over to the dance floor. She beckoned for him to come, and of course, he did. They were dancing around for a few fast songs. When he spun her around, he secretly wished her sparkling red dress was shorter to show off her legs. Then a slow song came on, and he froze.

She walked over to the table to take her shoes off and went to the dance floor. She beckoned for him to come over, and of course, he did. They were dancing around for a few fast songs. When he spun her around, she secretly wished her sparkling red dress was shorter so it wouldn’t get tangled in her legs. Then a slow song came on, and she froze.

They made a choice that she would later regret. If she had asked him to dance, they might have had a relationship. He also regretted it. He felt he was chicken for not asking her out that night, and he lost hope. Even though they lost romantic interest, they are still best friends. He is still the goofiest, and she is still the most beautiful. 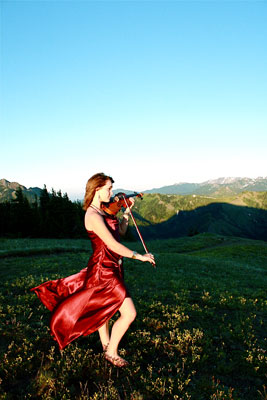 View profile
That's because it is! This is what actually happened though. Yeah, yeah. True story. But written in a fiction form... so...

View profile
Please comment! I need your feedback to make my writing better. :)