I Am Nobody | Teen Ink

He lurks in the shadows forgotten. Alone he stands, without a glance from anyone. He likes it this way because now he can be alone, he will never be bothered, never be pushed around. Because to everyone else, he is nobody, nobody worth glancing at, nobody worth mentioning. Yes, he liked it that way.

He smiled sligthly, being nobody made him able to be anybody. Today he was Henry. Tomorrow he would be Noah. He could make himself different every day. He even changed his look. Yesterday he had black hair, and green eyes, today he had blonde hair, blue eyes, and a leather jacket. He looked down at his black leather jacket, he had bought it to see if anyone would notice, but they hadn't. He stepped out of the shadows, testing the people around him. Nobody looked his way, nobody smiled. He was about to return to the shadows, when someone tapped his shoulder. Suprised he turned "Hi" said a girl "do you know where the Principals office is?" He nodded and directed her to it. He was about to leave when she suprised him yet again "what's your name?" The boy almost laughed. She wouldn't remember tomorrow, so what was the point? He smiled, thinking himself rather smart "Nobody" He said, then he returned to the shadows. 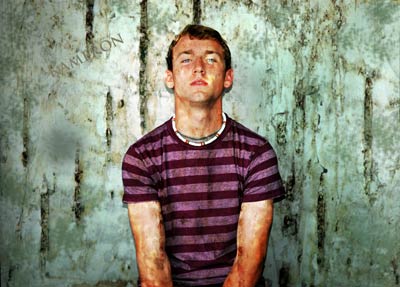