Another beautiful day. The high red sun, the clear blue sky, the sweet spring breeze. A perfect day for a murder. Cold-blodded murder. His victim for today? A mere commoner, who had a seemingly flawless wife and two amazing daughters. His reason? Well, first off its been a slow week. Nothing interested has happened. So, why not stir up a little mayhem. Second off, the man looked happy but Brandon was not. If Brandon isn't happy, then no one else is allowed to be happy. Simple as that. A smile spread across his face as his horse neared a small, simple cottage....


"Daddy, daddy! Look at what I drew!" Sarai shoved a picture of a solid black star in her father's face. He took it and smiled at the small girl who was beaming with excitement.

"It's beautiful darling. Maybe you will become a famous artist someday!" He lifted her into his lap and she wrapped her small arms around his neck.

Her sister, Duvessa, came running into the room and jumped into her father's lap with her. Their mothr followed in. She was striking; she seemed fit for royalty even in her cotton clothes. She sat down next to her husband on their comfy couch. A loud knock on the door disturbed this peaceful scene.

Mother and Father exchanged surprised and anxious looks. "I'll get it." was Father's curt response. He crossed to the other side of the parlor to the oak door. Mother put her arms around her daughters protectively.

Father opened the door to reveal a well-dressed young boy. Puzzled, he asked "May I help you, son?" The boy gave him a cocky smirk. "Yes. You can stop breathing." And, with the reflexes of a cobra, the boy drew a dagger and plunged it into the father's abdomen. He immediately keeled over, spluttering blood as he tried to speak and shaking uncontrollably. The boy's joy increased as he heard the terrified screams of his family, who watched it all happen. With his last breathe, The Father looked up and asked "Why?". Then the light left his eyes and he finally stilled. Brandon smiled, wiped his dagger clean with a rag that he withdrew from his pocket, and tossed it onto the corpse. He tirned away, satisfied with his deed.

Young Sarai struggled against her weeping mother's arms. She was finally released as Brandon walked away from their house. She kneeled next to her dead father's body, crying and pleading with him, telling him not to go, when it was already too late for the poor man. Staring up into the darkness of the night, she saw through teary eyes Brandon sitting upon his horse, and she noticed an odd feature about him. He had bright yellow eyes, like a cat's. Those same eyes haunted her every nightmare. And those same eyes are what fueled her thirst for revenge. Even as she grew older, she knew what would be coming to him. She would never forget those yellow eyes. 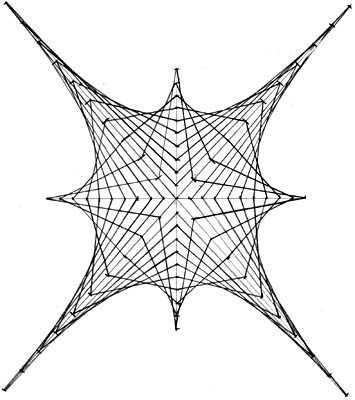 The author's comments:
This is a work-in-progress novel that I m working on. This is just the intro to the book.. more parts to come! I really hope that the readers will be held in suspense and keep coming back for more. Tell me what you think,kay?
Post a comment
Submit your own