Chapter One : The Beginning

As I run into the darkness and away from the agonizing yelps of pain, and the snapping of whips, I start to feel safer. "Run Iru, run and don't look back!", those were the last words I heard out of my mother before the sound of the blade cut through the air and her scream. So, I listened and ran into the forest. It's dark and quite. I am far away enough form my village that I no longer hear the crackle of the fire burning it to the ground. I swear I will find who has done this and I will avenge all those who have fallen. As I peer into the gloomy forest, I see a flash of light. Though I am scared of the light, my curiosity takes over and I creep over in the direction of the flash. Another flash, so close and long that it causes me to cover my eyes, raises my fear, so I quickly slither behind a large oak tree. I can see a small grove and a large red egg. I have seen paintings of similiar eggs on the walls of the sanctuary. There was always a single word on the bottom of those paintings. Fenume. Dragon. The egg starts to shake scaring me further, causing me further retreat from the grove. A final flash of light, glowing multiple colors like a rainbow, and then a yawning noise. My curiosity takes over again and I look for the creature that cam out of the egg. Lying there in the broken eggshells, was a dragon. I slowly approach the infant dragon and he awakes. I was frozen in fear. The dragon walks over to me and nudges his unusually soft nose against my leg like a cat. The stories I have heard about dragons was that they were fearsome and ugly creatures. This dragon was kinda cute. I picked it up and cradled it in my arms. "I will name you Uruuva, like a fire."

I continued my trek through the forest, completely lost. You could seldom see the light breaking through the trees. Finally I reach the edge of the forest, I leave the darkness. Peeking my head through the trees I see a remarkable pasture. Cows and horses and other beautiful animals are spread across the meadow with a few shepherds watching over everything. I see a beautiful large barn and I know , instantly, that's where I will house Uruuva. I retracted my head back into the thick woods wondering, "How am I going to sneak Uruuva into the barn?" I commanded Uruuva to stay put while I investigate the area. He did as he was told. I exited the woods and casually strolled across the pasture. I felt like I was able to walk anywhere without being noticed. The barn was getting closer and as I was about five feet away, a man steps in front of me, so I stopped walking. The man asked me, "Where do you think your going?". That's it, i'm finished, done for. I replied, "Just passing through." I'm sure he could tell I was lying, for I was shaking with nervousness, and because I choked on my spoken words. The man grinned and said, "You sure you wasn't looking to make refuge in my barn with your dragon, which by the way is an illegitimate creature." How did he know about Uruuva? Oh no, he followed me out didn't he? I turned around and saw Uruuva sitting quietly right behind me. I told the man, "Uhhh, you won't tell anyone will you?" He laughed and shook his head. He gestured me towards the barn door. We stood in front of the enormous doors for a few minutes before the man finally opened them. I looked inside and saw a large bed made of straw, a balcony fit for a human to live in, and a large pondish like body of water in the ground. The man looked at me and told me a story of a psychic telling him he was destined to help me and that there was more but he could not tell me the rest. I rushed inside and Uruuva quickly followed.

A month has passed since Uruuva and me have been equipped with the barn as a living quarters. The first few days that I tried to feed Uruuva he would not eat. It turned out he was a vegetarian. A veggie eating dragon, wierd huh? Only the owner of the barn and me know of Uruuva, as far as I know. Since I've arrived here I thought of why the bandits would raid the little village. I mean there wasn't much there, for we were a petty village. The barn owner said he wanted to meet me down at the lake when the sun is at it's highest. I am confused as to why he left a note considering it's his barn, he can walk in at any time. Uruuva has grown alot over the past month. He used to be up to the middle of my shin but now he's as big as me. So far he has shown no signs of hostility or powers. His wings seem to get bigger and stronger though. It's almost noon and I must meet the barn owner at the lake. Uruuva has fallen asleep, so I should head down to the lake now to meet this man I know nothing about.

As the lake was coming into view, a man junped out of the bushes and grabbed me before I could react. A few second later, some more men came out. "We know your housing a forbidden creature, now where is the beast?" I just kept my mouth shut about Uruuva and said I knew nothing. "Don't lie to me boy! We have heard the rumors that your dear father was trying to keep quite." I was stunned. How is my father still alive? Did he escape? How could he now about Uruuva? Then it struck me that the barn owner was pretending to be my father to keep everything under wraps. I said nothing. "Tell us or you father will be imprisoned for life!" I asked them who they are and they replied, "We have strict orders from the prince to take any means necessary to find this forbidden creature." Out of nowhere came this loud, blood curdling roar. The men looked around confused and terrified. They ran off into the woods again. Out of the sky, crashing into the lake, came Uruuva. He plopped up and started swimming around calmly. He looked pleased. He slowly waded around in circles and then stopped at my feet on the bank.

That night, as I slept, the thought of the gaurds busting through the barn doors and slaying Uruuva kept crawling around in my head. Every time the ending was the same no matter what I tried. Uruuva always died and the pictures came to a halt. I made the decision that night, that this place was not safe for us anymore and we had to leave it behind. The next morning I told the barn owner of my dreams, and he explained to me that it is the right choice, for the rumors spread that the prince's top men were heading down to the valley tonight. He also told me his name, Inaph Arodu. He said if I ever need help that I am welcome back. We left that night. We traveled many buildings high in the air so that no one could see us. We flew until Uruuva became tired, then we rested down to this small river. We followed the river upstream until we came to this waterfall. I checked it out and found a small cave behind the waterfall, impervious to seeking eyes. We made this our new home, it was perfect.

Another dream had entered my head that night, this tim of the village raid. I could see the tears slowly flow down my mothers cheeks, and then the blood spill from her throat. Then I remembered the knight, yelling in my face about imprisoning Inaph, and that worried me. I heard dogs bark and men yell out in the distance, they were looking for us, but not even the dogs great sense of smell could find us, for we cloaked our scent through bathing. I slept semi-peacefully that night. When we woke in the morning, the setting was bright and glorious. I ordered Uruuva to stay in the cave as I ventured out for berries and other food. I treked through the forest and plopped out into the middle of a villlage market. I knew it was wrong to steal so I looked for work. I came into an inn to use their bathroom and as I stepped through I saw a woman already in the room. I turned quickly and apologized, while closing the door behind me. I waited for quite a while outside the door and the woman never cam out. I saw another man walk towards the door and open it. I listened for the girl to scream or the man to apologize but heard nothing and the man continued in. As soon as he left I entered and there was no lady in sight.

"I saw this beauty of a woman, Uruuva." Suddenly I heard a voice in my head telling me not to panic that it was Uruuva and that I should have talked to the girl. Of all the stories I heard about dragons, not a one said anything about them having the ability to talk to humans. Uruuva said that it is a form of telekinesis and that it can only be used with those linked to a human. Uruuva also said that humans can use this power and others when linked to a dragon and that I should practice trying these first thing in the morning. She recommended the dragons call because it is the easiest and quickest to learn. I will heed her advice and start first thing in the morning. 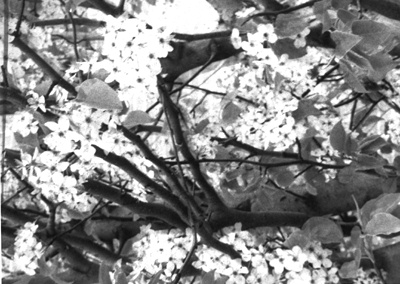 The author's comments:
This is the first chapter of a book I am currently writing.....Please comment so i know how good (or bad) it is.
Post a comment
Submit your own