Underneath It All | Teen Ink

Optimism, taking risks, thinking outside the box, going above and beyond, these are characteristics that mold the successful. On a global or national scale the Oak Island Money Pit outside of Nova Scotia may not be a priority to governments, but it concerns me nobody has investigated it further. In 1795 three teenagers from Nova Scotia began to dig on the island, every ten feet they found a wooden plank, after thirty feet the excavation was abandoned. Later at ninety feet a stone with writing was discovered which translated to “forty feet below, two million pounds lie buried.” After digging further, the hole would fill up with water and nobody knows why. Diggers tried from different directions to reach the so-called treasure of Captain Kidd, but never succeeded. Cranes, and all types of machines have been introduced, but nothing was discovered. When FDR was in presidency he was part of the Old Gold Salvage Group and he funded it. Why aren’t we funding this?

Doesn't anybody want to know what is down there? Who cares if there is nothing, just some resolution would sit nice. Maybe the idea of a pirates buried treasure is too good to be true, but why not take the risk. The worst that could happen, well assume the latter. Nonetheless the riches acquired if there happens to be a treasure would be astounding, this concerns me that nobody will take the risk. You don’t need to have endless amounts of cash to fund an excavation, simply assemble a team of Goonies. Something has to be done, someone must step up and explore the possibilities, think outside the box.

Maybe the concern of the money pit may be low and other situations take priority, but look at the idea and tell me if the hole is half empty or half full. If a nation funds the project and discovers riches, it would be free money and global popularity. Why doesn't somebody think outside the box and find a way to dig past the water, who knows what could be down there.

Why should something as far-fetched as the money pit concern me? I like answers, resolution, if I don’t know something I have to figure it out, and if I can’t I will reach in with a death grip and pull until it surfaces. The money pit is a risk, I enjoy taking risks, if you don’t take risks, you won’t get anywhere. In order to succeed you have to think outside the box, this is also a risk. Go out on a limb, and stay there until you succeed, this is my philosophy. This is why the Oak Island money pit concerns me, nobody will take the risk. So Stetson University grab your shovel, because we’re going digging. 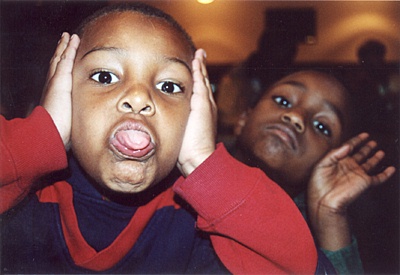