Open Letter to Judy: Be Cautious About Sales Promotions


You often complain to me that you always buy goods irrationally on sale promotion. And you say you will feel shameful and guilt after you go back to dormitory with new goods not needed, considering almost all the money you spend is your parents’ income. Actually, I suffer from the same issue. I am jubilant to buy something in lower prices whether I want to buy them initially, and go back with the guilt feeling.


To keep calm facing the sales promotion, we should realize it is a tough behavior to overcome first. Stores are familiar with customers’ psychology and take usage of it to get profit, so avoiding all the impulsive buying is a tough task. Jonathan Crowl, a tech writer specializing in writing about marketing warns that “Our individual capacity to overestimate ourselves is one critical bias that affects consumer behaviors.” In other words, if we think we can easily overcome impulsive buying and save money, we will be more likely to fail. However, knowing our psychology behind it and decreasing the times being influenced by sales promotion may be useful for us. I searched many articles about it and nearly avoid the guilt feeling caused by impulsive buying now. There are some advices I offer to you.


Above all, find out the conditions when you are likely to consume blindly. Crowl informs that people usually assume the range for price of a certain item by comparing the prices of the similar goods in different stores. Thus, once you see an item is cheaper than you assume, you will consider this is its lowest price. Moreover, you may worry that you waste money buying it in the future if you decide not to buy it now. But it is more possible that you do not need it at all, so it is your purpose to save money by consuming it on sales promotion that leads to impulsive buying. Thus, when seeing a dress advertised as 20 percent off, do not focus on the discount, but warn yourself against falling into the trap of “saving money”.


After realizing the cause of your impulsive buying, try to break the narrow of your first impressions. “First impressions can often narrow our perceptions,” Bruna Martinuzzi, the founder of Clarion Enterprises Ltd, which specializes in leadership coaching warns. She recommends that you should check your assuming price seriously once more and ensure the price of the item offered on sales promotion it the lowest one when you form an impulse to consume. Although you feel proud of the assumption you make, ask yourself why the range you assume is rational. And you may find your assumption is baseless and rethink your impulse to consume, which is an effective way to stay rational and make the times of impulsive buying less.


Besides, when meeting a sales promotion, do not neglect the long-term effects of your choice, such as the guilt feeling and expenditure imbalance. Verplanken insists that short-term benefits, excited feeling just after consuming behavior encourage impulsive buying, while the long-term costs, waste of money and guilt emotions prevent it. However, the short-term emotions have more powerful influence on you (199). You should be aware of both the two kinds of effects, and balance them, instead of being confused by short-term excited feeling. Do not let gaining positive emotions just after consuming behavior be the motivation of impulsive buying, remember what you really want to buy initially and warn yourself the guilt feeling, just as Julian Ford, a professor of psychiatry at the University of Connecticut suggests. Neglecting the long-term guilt feeling when shopping only means neglecting the way to avoid impulsive buying.


You may argue that impulsive buying can also reduce the negative emotions you have before consuming. I admit I have similar experiences, and shopping indeed reduce my pressure and negative emotions. Nevertheless, you have many other ways to reduce your negative emotions, such as listening to music and playing badminton. Besides, Aydin informs although you can feel jubilant after the impulsive buying because of the low prices, you will turn guilt if these feelings die down and you find you buy something not needed again (119). When you tend to reduce pressure by shopping irrationally, consider the guilt feeling after the excited feeling dying down and you will realize the significance of avoiding it.


In summary, impulsive buying is a common phenomenon which happens when shopping and it is difficult to avoid completely. However, being aware of the relationship between it and sales promotion can make you get an alarm from your brain when seeing the advertisements. Do not forget the guilt feeling after the excitement of consumption dying down and keep in mind what you initially want to buy. Only in this way, can you avoid impulsive buying and the guilt feeling, and save money for really needed thing. 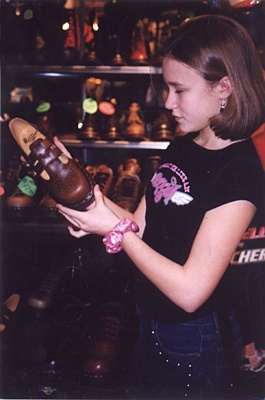 My friend Judy often complains to me that she shops irrationally on sale promotion. Actually, I also suffer from the same issue, so I do some research on it and come up with some advice on how to overcome impulsive buying. I hope people can stay rational facing the discounts after they accept my advice.