The Haunting of Alaizabel Cray is a fairly recent Gothic novel by Chris Wooding. Chris Wooding was an accomplished author by the time he was 21 so he’d already had some writing experience. The main plot of the novel is about a young man, Thaniel Fox, who finds a lost and confused woman named Alaizabel Cray. He finds out very quickly that Alaizabel is not in full control of herself, and is under the influence of an evil spirit. The antagonists in the novel are a group of people who call themselves the Wych-Kin Fraternity. The wych-kin in the novel are wicked monsters that attack and kill humans. The Fraternity’s main goal is to overrun the world with wych-kin and destroy humanity. Wooding also imports a sub-plot about a serial killer named, Stitch-Face. Stitch-Face has been preying on the women of London for the last 15 years in the novel, killing around 80. Towards the end of the novel he actually becomes an anti-hero for Alaizabel since he wants to kill the spirit inside her, Thatch. The story has a very gothic feel to it. The dark atmosphere, the dismal view of the world, and of course little hope for mankind. But Wooding uses the techniques in such a way that you begin to care about the characters and respect them. As the book goes on you start to jump onto the journey yourself with your relationship with Alaizabel and Thaniel growing at the same time. Now there are times when it does feel like it’s dragging its heels a little, such as when they’re having long talks about ethics or evil. You don’t really notice it in retrospect, however. The book can’t stick out in your mind as being slow because usually there’s just so much going on, and you love Wooding for it. Overall, this is a grade A novel with the imagery, characters, themes, and plot to stick out in your mind for quite a while. 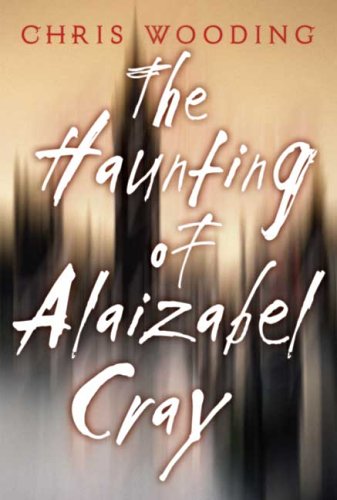