Being Henry David by Cal Armistead

Favorite Quote:
"I can't tell you the key to success, but the key to failure is trying please everyone." ~ Ed Sheeran

So, maybe you're looking for a good book or you just stumbled onto my review. If you read mysteries, like adventure, or a freelance reader like i am, let me tell you something if you need a good book: read "Being Henry David". When it comes out, that is. The first character you meet, well, doesn't know who he is himself. He's stranded in a New York City train station with just one thing in his possession which is a book. "Walden" by Henry David Thoreau is what's in his possession.
Confused? I was in the first chapter because a teenager is in a New York City train station around midnight. You'll meet many characters, some are runaways in New York and some citizens in Concord, Massachusetts. Why? you might ask. He uses the book to try to help him figure out who he is. That's why he's in Massachusetts. I'll leave the rest up to you to read because I'll tell you something else.
Being Henry David is an extremely good book with a unique situation on hand. Cal Armistead brings the best of her abilities to the table, well paper, to bring these characters alive. Other authors now a days doesn't do that as well as she does.
But the end as the journey ends you want to know what's going to happen but, if and when a second book comes out, you'll have to read that. 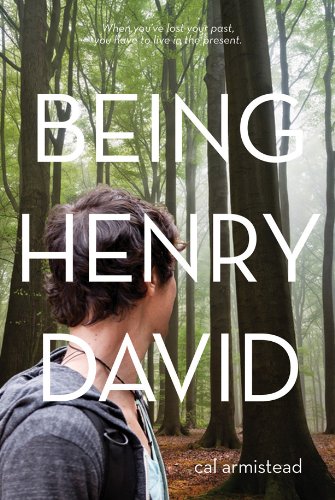 
Buy from Amazon
The author's comments:
It's unique and it's the book I've been searching to read for years because of the lack of good books nowadays.
Post a comment
Submit your own